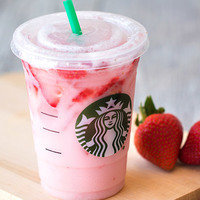 You've probably heard of Starbucks' super-popular secret-menu Pink Drink. It's taken the Internet by storm, and now it’s even been added to the official menu! But what do you really know about it? We did some investigating, and here are four things you need to know..
1. It's not thick like a strawberry Frappuccino... It's lighter and super fruity! The drink is actually a spin on the Strawberry Acai Refreshers Beverage, which is lightly caffeinated with green coffee extract. But instead of water, the Pink Drink is made with coconut milk. It's like a drinkable pink Starburst!

4. You can make a super-low-calorie version at home that we think tastes even better than the original... Here's how! 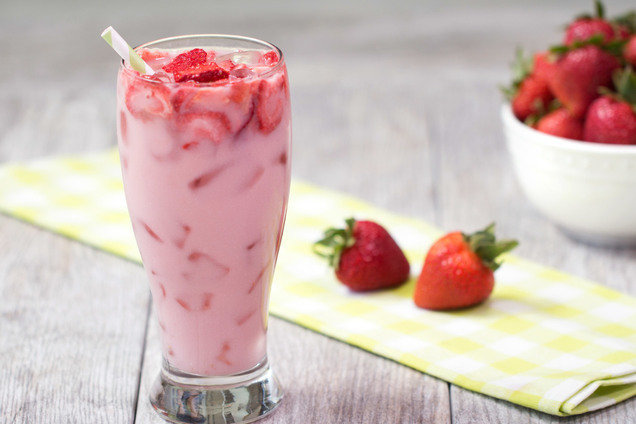 1/2 cup (4 oz.) unsweetened coconut milk beverage (like the kind by So Delicious)

Pour about half of the drink mix packet into a tall glass.

FYI: As an Amazon Associate, we may receive compensation from some of these links.

Click "Send to a Friend" now -- you KNOW you're not gonna remember to tell your pals about all this later.