Hi! Lisa here. Just wanted to check in and let you know I’m thinking about each and every one of you, and hoping you’re doing well during these very unusual times. I also wanted to share something I read recently that’s really helped me out… On particularly rough days, I like to remind myself that my track record for getting through bad days so far is 100%. We’ll get through this... together! BTW, I have been trying to go LIVE on the HG Facebook page pretty much every night, so tune in if you can. So far it’s been fun and comforting. Stay safe!

We LOVE using our air fryer to make yummy bagel bites based on our 3-ingredient dough. Today’s creation tastes like a cross between a bagel and a churro! (No air fryer? Check out the oven alternative.) 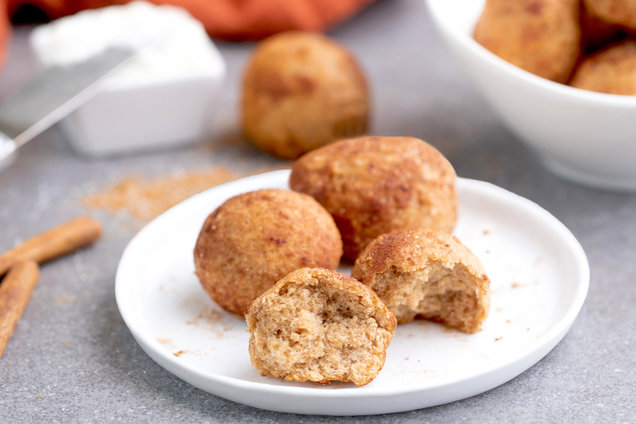 Add yogurt, and stir until uniform.

Evenly form into 8 balls (about 2 tbsp. each). Spray with nonstick spray.

Set air fryer to 360 degrees. Add bagel bites in a single layer. Cook for 10 minutes, or until tops are light golden brown and insides are cooked through.

In a small microwave-safe bowl, microwave butter for 10 seconds, or until melted.

Oven Alternative: Bake at 350 degrees until golden brown, about 15 minutes.

FYI: We may receive affiliate compensation from some of these links.

Did you know that March is National Sauce Month? Check out our 2020 Supermarket List for some of our favorite sauces, and stock up! 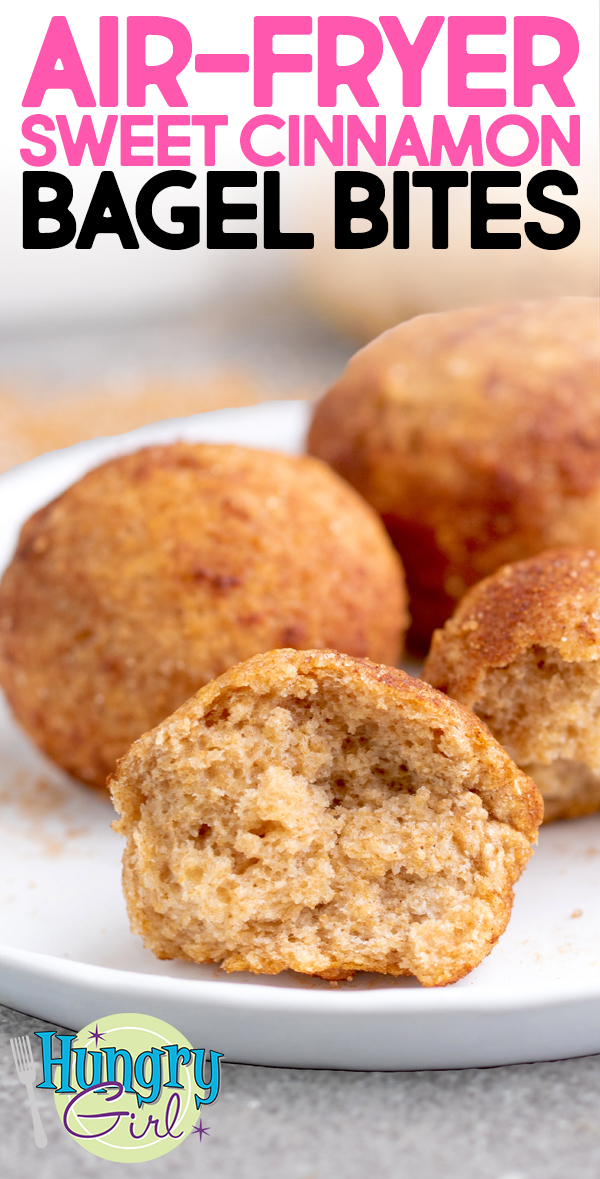